The House Financial Services Committee recently voted in approval of legislation intended to increase the cannabis industry’s access to banking, and that’s huge. With a 45 to 15 vote that followed several days of debate and amendment considerations, the legislation advances to the full body of Congress.  While action on the floor has yet to be scheduled, this bill solidifies legalization advocates’ long-held hope that the House is prepared to take on sweeping marijuana reforms in 2019.

The House Financial Services Committee recently voted in approval of legislation intended to increase the cannabis industry’s access to banking, and that’s huge. With a 45 to 15 vote that followed many hours of debate and amendment considerations, the legislation will now advance to the full House.  While action on the floor has yet to be scheduled, this bill solidifies legalization advocates’ long-held hope that the House is prepared to take on sweeping marijuana reforms in 2019.

The Time Is Nigh

This banking bill has been a long time coming, and polls indicate that there is plenty of public support. In fact, a recent Quinnipiac University Poll finds that the vast majority of voters aged 18 to 64 are in favor of full-on legalization of cannabis and that voters over 65 are closely divided on the subject. The same poll finds that American voters, in general, are overwhelmingly in support of erasing criminal marijuana possession records.

The approved legislation is known as the Secure and Fair Enforcement (SAFE) Banking Act of 2019, and co-sponsors make up more than a third of the House, including 17 Republicans. Currently, even though cannabis is legal in various iterations in many states across the nation, the cannabis industry has no clear pathway for fully legitimate banking due to marijuana’s illegal standing at the federal level.

Under the newly approved bill, financial institutions would no longer be subject to the threat of federal banking regulators punishing them for working with legal cannabis businesses that operate within state and local laws. Many banks are hesitant to enter the fray of cannabis banking out of fear they’ll find themselves in violation of federal drug and money laundering laws. And those who do are hampered by ongoing due diligence that is as costly as it is cumbersome. Ultimately, this means that many in the cannabis industry are forced into a cash-only business model.

The Trouble with Cash

The fact is that dealing with vast amounts of cash is an extremely inefficient and dangerous way to do business. The very act of paying taxes becomes a nightmare in its own right. This is not to mention that cash-only businesses are obvious targets for burglary, which endanger not only the businesses themselves but also the public at large. With all the many banking options currently available, cash businesses make little sense. Far from being a niche market, cannabis is a major financial player, and it’s critical that federal law keeps up.

Rep. Denny Heck (D-WA), another leading sponsor of the Act, cites a security guard who was killed during an attempted robbery at a Colorado cannabis dispensary to highlight the dangers inherent to cash-heavy businesses. He forwards his belief that providing industry operators with a mechanism for depositing profits in regulated financial institutions will enhance the government’s ability to both supervise and audit the industry.

Before the House vote, the Act’s lead sponsor, Rep. Ed Perlmutter (D-CO), shared that – to his mind – the people have already spoken via their passage of cannabis initiatives at the state level. Perlmutter, in fact, amended his bill to include protections for Federal Reserve banks and to require that the federal government study diversity and inclusion related to the cannabis industry. The amendment passed via voice vote, and it addresses a critical concern of legalization advocates who seek to mitigate the racially disproportionate damages wrought by the war on drugs.

There were additional amendments also adopted through voice votes:

Most legalization advocates agree that legislation regarding the SAFE Banking Act is an important first step in a necessarily-ongoing attempt to bridge the gaping divide between state and federal cannabis laws. Justin Strekal, the Political Director of the National Organization for the Reform of Marijuana Laws (NORML), says the bill addresses an unsustainable tension between state and federal players. Strekal places the blame for this glaring disconnect squarely on federal marijuana criminalization, which he characterizes as a mission failure that is also discriminatory. Ongoing Congressional actions, he says, are required in “order to bring the vibrant marijuana economy out of the shadows.”

Legalization advocates nearly unanimously view the recent bill as a positive move, and they hope that it will continue to gather momentum. Rep. James McGovern (D-MA), the House Rules Committee Chairman, shared his intention that legislation to end federal prohibition entirely will follow quickly in the next several weeks. (McGovern’s staff later clarified that, during the interview in which he said this, McGovern was intending to share his thoughts on the SAFE Banking Act, not ending federal prohibition entirely). He thinks it will have no trouble passing on the House floor – with what could include “a lot of Republicans.” A strong bipartisan showing, he says, would go a long way toward increasing “pressure on the Senate to do something.”

SAFE is expected to clear the House easily, but the Senate will be a bigger challenge.  Sen. Jeff Merkley (D-OR) and Sen. Cory Gardner (R-CO) just introduced SAFE in the Senate, with the support of 20 cosponsors, which is a great start; However, it is uncertain, though, whether it will ever emerge from committee or receive a vote on the Senate floor. But there is some good news, Treasury Secretary Steve Mnuchin recently called on Congress to provide a legislative fix for the banking issues facing the cannabis industry. “There is not a Treasury solution to this. There is not a regulator solution to this,” he said. “If this is something that Congress wants to look at on a bipartisan basis, I’d encourage you to do this. This is something where there is a conflict between federal and state law that we and the regulators have no way of dealing with.”

President Trump took a federalist view during his 2016 election campaign and supported the right of states to legalize marijuana, declaring he “personally” supports medical cannabis. Since the election, he has not made any major comments. The President did sign the 2018 Farm Bill—which legalized industrial hemp after decades of the crop being caught up in broader cannabis prohibition. Many insiders expect that if SAFE can survive the Senate, and a bipartisan bill reaches his desk, the President is likely to sign it. 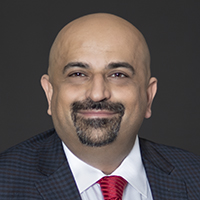