Recent headlines highlight the arrests of officials from labor organizations or fringe benefit funds for spending union or health and welfare fund monies on vacations, luxury items, parties and pricey restaurants or for entering into collusive agreements with employers, extorting money, or criminally coercing concessions from vendors and suppliers. These actions violate the Hobbs Act. The consequences of such misconduct can be detrimental to say the least.

The cost of remedial litigation alone can be overwhelming, while the reputational damage can be worse – and take decades to repair. Officials frequently end up in prison and an independent monitor or Independent Private Sector Inspector General (IPSIG) may be imposed. Despite these costly outcomes, unions and fringe benefit funds often do not take measures to protect their assets from future misconduct or ensure adequate controls and oversight are in place to prevent illegal agreements.

Federal laws related to labor organizations and fringe benefit funds (29 USC 501 and 29 USC 1104) clearly state and require the duty of their officials and fiduciaries to “hold its money and property solely for the benefit of the organization and its members” and “with care, skill, prudence and diligence.”

Unfortunately, officials and fiduciaries sometimes develop a sense of entitlement, creating an opportunity for misconduct. Risk is further exacerbated when they exert powerful influence over peers and union members by admitting friends and political allies into their inner circle to reap the associated perks — banishing those who question their behavior, and blocking internal or external independent oversight or review. Instead, those officials or trustees responsible for reviewing expenses become a part of that “inner circle.”

The conviction of union or trust officials often serves as the basis for prosecutors to file civil RICO cases seeking permanent injunctions against racketeering activity and appointing monitors with varying degrees of authority. Too often in these matters, the monitor’s emphasis is on removing corrupt or racketeer connected officials, without a focus on implementing reform measures. As a result, the institutions themselves remain at risk when monitoring concludes.

To avoid running afoul of the law, and to protect their assets, unions and fringe benefit funds should ensure expenditures are:

No matter how logical this process may appear, procedures for oversight and review on a systematic basis must be mandatory.

Focus on a Culture of Compliance and Integrity

Transforming the culture of an organization, that for decades has been run as a fiefdom, to one in which transparency and integrity is of the utmost importance, can be challenging.

Once misconduct occurs or is exposed, it is critical that fiduciaries uphold their duty to the organization to protect it from future harm. Upon first suspicion of illegal conduct, fiduciaries must investigate and take action.

The appropriate response should involve the use of experienced and independent professionals who can quickly investigate, report their findings, and advise on how best to establish adequate internal controls and risk mitigation procedures. Such remedial efforts may be sufficient for prosecutors to determine: (1) that adequate steps have been taken to correct misconduct; (2) that a civil lawsuit against the organization is not warranted, and (3) whether to compel the appointment of an outside monitor.

Without adequate expenditure and conduct controls incorporated into governance documents, and without constant oversight to ensure compliance, unions and their memberships, as well as their fringe benefit funds, will continue to be victimized by theft and other illegal conduct.

The best course is to seek and apply appropriate compliance measures – and ensure they are sustained – before illegal conduct occurs. Prudent organizations have established strong compliance functions and are proactive in mitigating risk. The lessons of history truly require such an approach.

By adopting stronger measures based on modern, corporate, and government models, labor organizations and fringe benefit funds can create a culture of transparency and integrity. Mitigating risk requires the creation of an audit committee and involving robust inspectors general and compliance officers. Financial and administrative operations and oversight can be efficiently outsourced to reputable third-party firms which can further support risk mitigation.

An experienced monitoring and consulting firm can provide invaluable assistance under such circumstances, even before such circumstances arise. In our next article, we will discuss how union and trust officials can effectively work with monitors. 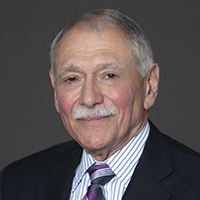 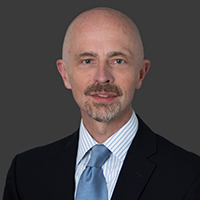 Dennis M. Walsh is an experienced litigator and former prosecutor with deep experience in monitoring and compliance matters as well as complex investigations.  As a judicially appointed “Review Officer,” he enforced a Consent Decree and other orders of the District Court in a long-standing civil RICO matter, in which he was given broad authority to monitor, investigate and reform the administration and governance of the New York City District Council of Carpenters, its Taft-Hartley Benefit Funds and its affiliated local unions, with more than 20,000 members. Mr. Walsh served as an Assistant Deputy Attorney General with the New York State Attorney General’s Organized Crime Task Force, where he investigated La Cosa Nostra racketeering involving labor unions.