While millions of people across the globe watched American Michael Phelps propel himself through the pool in record speeds or Jamaican runner Usain Bolt sprint to another gold medal in the 100 meters, scores of security officials were already busy making preparations for the 2018 PyeongChang winter and the 2020 Tokyo summer games. Like other events of this size, successful event planning requires advanced security preparations, expert technical design, comprehensive due diligence and continuous operational readiness training. In the case of the Olympic Games, governments from the host country and organizing committees coordinate the security planning across the spectrum. At a different level of support, this should also be the case for all sporting and entertainment events. The lessons learned from the Olympics’ security planning and after-action analysis can serve as a model for your event security preparations.

While most people are watching the closing ceremonies this weekend, the security planners are already busy preparing their after-action analysis to present to future planning teams. In the early planning stages of the 2002 Salt Lake City Winter Olympics, the U.S. government dispatched federal agency teams to Sydney to observe the security preparations and participate in after-action debriefings.  Instrumental to the success of the advanced participation by the U.S. teams was that the information provided by the Australian officials was unfiltered and in real time.

When your team is involved in event security planning, the ability for them to participate in similar sized events, even if just as an observer, or to meet with teams that have coordinated previous similar or larger scale events allows your team to take advantage of lessons learned and create efficiencies to improve security and reduce expenses.

The security planning for the 2002 Salt Lake City Olympics included frequent meetings in Park City, Utah that included law enforcement at all levels. In the Summer of 2001, members of the International Olympic Committee and the Salt Lake Organizing Committee were clear in their desire to create a family friendly event with transparent security similar to a Disney theme park. All of that changed less than five months prior to the Opening Ceremonies. On the heels of the September 11 terror attacks, suddenly the air space was patrolled by F-16s from nearby Hill Air Force Base and Secret Service agents were directed to secure all venues. The Immigration and Naturalization Service built a Global Security Operations Center to verify and facilitate the entry of thousands of foreign nationals and athletes, as well as coordinate incidents that involved foreign nationals. For the first time in Olympic history in the United States (eight Olympics since 1904), all law enforcement agencies and military commanders operated under the Utah Olympic Public Safety Command.

Paramount to the success of the Games was a renewed focus on technical security design. Immediate changes included the hardening of the athlete’s village and sporting venues; efficiency designs for crowd control; additional surveillance cameras; and improved access control. Thanks to technological advances, today’s design allows for transparent and aesthetic security systems. Your event security team should include security experts with technical and computer-aided design (CAD) skills to provide the most current security measures and strategies for your client. Today’s technology allows for affordable temporary operation centers to coordinate security with reusable or disposable equipment.

Comprehensive Due Diligence and Business Intelligence

During the planning for the 2012 London Olympics, British law enforcement and intelligence agencies were diligently monitoring all threats. In the spring of 2012, U.S. Homeland Security agents uncovered a terror funding cell operating in the United States and London. With the London Olympics less than three months away, British law enforcement moved quickly to dismantle the cell on both sides of the Atlantic. Metropolitan police, New Scotland Yard, Her Majesty’s Customs and U.S. Homeland Security arrested 13 people in the United States and seven in London for the alleged smuggling of Khat, money laundering, and funding of Al Qaeda and Al Shabaab operations. Early and consistent monitoring allowed the British to understand the potential dangers, and to develop and execute a plan that effectively neutralized a known threat in advance of the Games.

For all major events like the Olympics, Super Bowl and the World Cup, security planners provide training in the form of table top exercises to prepare for emergency contingencies. This training incorporates law enforcement, commercial security and contract planners to test scenarios that include terror attacks, public safety incidents, transportation system breakdowns, weather disasters, and operations and infrastructure failures.

Your event planning can incorporate operational readiness training that is scalable to the size of the event. The planning team should do a dry run of security protocols and consider whether a particular event location (such as a venue) poses any unique threats.

John Torres is the chief operating officer for the Security and Technology Consulting group at Guidepost Solutions, a global security and investigations company. He is a former Special Agent in Charge for Homeland Security Investigations and commanded a security contingent of agents at the 2002 Salt Lake City Olympics as well as coordinated the dismantling of terror financing and a smuggling ring in London and the United States with the Metropolitan Police, New Scotland Yard and Her Majesty’s Customs in the months leading up to the 2012 London Olympics. John can be reached at jtorres@guidepostsolutions.com. 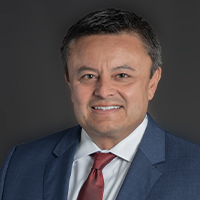 John P. Torres is the president of the Security & Technology Consulting practice for Guidepost Solutions. John has extensive investigative and security experience. Previously, he served as the Special Agent in Charge for Homeland Security Investigations in Washington, D.C. and Virginia. His background includes more than 27 years of experience providing investigative and security management for the U.S. Departments of Homeland Security and Justice, including serving as the Acting Director and the Deputy Director of U.S. Immigration and Customs Enforcement.