“The extension and expansion of New York’s nation-leading MWBE program will help ensure our economy is reflective of our values and of our diverse talent pool… and by signing this measure into law we will empower more women and people of color to participate in State contracts and continue our aggressive program to make contracting even more inclusive.”

This legislation was prompted by the findings of the “2016 Diversity Study” conducted in compliance with Executive Law 15-A on behalf of New York State to evaluate the participation of MWBEs in government contracting compared to the overall availability of MWBEs in the marketplace. The goal of the Study was to determine whether any race or gender-based disparity exists in New York State contracting. Construction and construction related services were a focus of the Study.

The Study concluded that, although MWBE participation in state contracting had increased significantly since 2010, MWBE utilization was disproportionately lower than MWBE availability in every category of state contracting. The Study recommended that the State continue to work to achieve the Governor’s 30% MWBE participation goal and undertake new and more targeted efforts to support MWBE contractors.

Based largely upon those recommendations, the new legislation, which will take effect on January 1, 2020, introduces the following notable changes to the State’s MWBE program:

These changes certainly signal the State’s commitment to (i) expanding opportunities for minority and women-owned businesses and (ii) monitoring the efforts of individual state agencies in fulfillment of that commitment.

For that reason, raising the cap on the personal net worth of eligible business owners to $15 million should be beneficial. It will not only increase the pool of available MWBE firms, it will likely introduce into the mix MWBE firms with greater capacity – something needed on large and complex capital projects. However, narrowing opportunities for issuance of waivers will not make it any easier for firms to demonstrate their good faith efforts to meet MWBE participation goals, thereby justifying the issuance of a waiver. In addition, based on the trajectory of the MWBE participation goals over the last eight years, we may expect overall participation goals to increase.

In this environment, construction firms involved in public projects in New York State would be well advised to continue to seek guidance from MWBE monitoring and compliance experts as they attempt to meet the evolving goals and expectations of the new legislation, including includes the enhanced oversight of state agency compliance with the state’s MWBE program requirements and goals by the Statewide Advocate.

Specifically, with the prospect of a fresh crop of potentially unknown and geographically remote firms entering the pool of MWBE firms being considered for participation on state projects, it will be prudent for companies to take appropriate measures to ensure the bona fides of their MWBE selections, just as it will be wise of them to seek an independent assessment of their subcontracting policies and procedures. This will help to ensure their efforts to reach MWBE participation goals, including their documentation of those efforts, will meet the tightened good faith standards that will now determine the appropriateness of waivers. 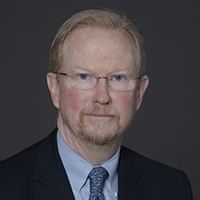 Thomas A. McShane directs complex investigations of alleged corrupt practices for corporations in several industries and spearheaded the development of the firm’s Integrity Monitorship Program under which Guidepost Solutions has been retained on behalf of government authorities to monitor major capital construction projects and private entities. He works with numerous governmental and quasi-governmental authorities including The Port Authority of New York and New Jersey, the Federal Highway Administration, the Office of the Attorney General of the State of New York, and the Department of Investigation of the City of New York, among others. Tom served as counsel to the New York State Commission on Government Integrity to investigate the roots of corruption in the institutions of government throughout the State. 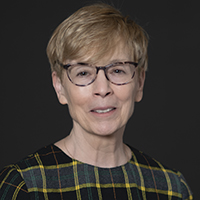 Mary Stutzman, a business intelligence and investigative professional, has more than 25 years of experience serving Fortune 500 companies and major international law firms. She has participated in several monitorships involving the creation and implementation of compliance policies and procedures and the assessment of compliance activities in a number of different industries. This includes the creation and oversight of a woman and minority business enterprise program at a manufacturing company. Prior to joining Guidepost Solutions, Mary spent several years with a consulting firm that specialized in corporate investigations and business intelligence assignments, including due diligence, litigation support, asset searches, background screening and competitive analysis.