How Boards Should Tackle Sexual Harassment in the #MeToo Era

A previous version of this article was published in Corporate Compliance Insights on November 29, 2018 and written by Stephanie Douglas.

Today’s boards are increasingly aware of the significance and scrutiny given to their oversight obligations in the #MeToo era. Depending on the soundness and swiftness of their actions, an organization can be seen as capable and intent on “doing the right thing,” or it can appear to be slow to act or even unresponsive when faced with significant allegations. Having good outside resources who can quickly and independently investigate sexual harassment issues is foundational to a good response, but – while being prepared is important – the board needs to dig deeper to ask the question, “What are we doing to prevent the issue in the first place?”

In today’s environment, sexual harassment claims are becoming more visible and present at all levels. Professional and personal behavior which may have been previously tolerated or ignored is now under a spotlight with new rules and expectations in the workplace. These new developments have caught many, including board members, off guard and have put organizations in a defensive posture.

However, boards can do a lot to help prepare and protect their organizations. This starts with communicating their expectations to both senior management and employees. Of course, board guidance is only as good as the demonstrated behavior of its board members. If board members struggle with professional compliance and integrity issues, it’s hard to be convincing, relative to accountability.

In order to foster a safe work environment, board members must know the rules around sexual harassment compliance. Many organizations find themselves behind in adapting to new expectations and legislation in this area. For instance, as of October 2018, New York State began requiring employers to adopt a “model policy” as a bare minimum standard. These model policies are set to combat sexual harassment in the workplace which protects both employees and independent contractors. With ever-increasing legislation, boards must deal with the internal consequences of these accusations, as well as comply with their legal and regulatory responsibilities.

Boards also play a very significant role in defining the culture of an organization. As popular author Peter Drucker has said, “Culture eats strategy for breakfast,” meaning that a corporate culture should be a key component of any business strategy and the two must be compatible. Moving an organization from a reactive environment that addresses sexual harassment from a defensive posture to a forward-leaning, proactive organization that works to prevent sexual harassment can be a significant cultural shift. This shift does not happen overnight, but it must start somewhere. Having board leadership that is unafraid to have candid discussions and ask hard questions is a requirement.

Typically, board membership is something someone acquires after years of public and private sector service. The expectations and experiences of the workplace have drastically changed over time, and board members must facilitate the creation of a corporate culture that reflects those changes. As a result, sexual harassment issues may be impacted by both generational and gender differences. Many consultants and studies emphasize the importance of board diversity, which can also have an impact on the way a company handles sexual harassment allegations and implements appropriate policies.

Recently, California became the first state to legally require public companies based in the state to have at least one woman on its board by 2019, with the number of required female board directors to be increased significantly by 2021. Having a set of diverse viewpoints is beneficial to any company, and a board is no exception. However, while increasing the number of women on boards and in other leadership positions is a step in the right direction, it does not guarantee that preventing sexual harassment will be a top priority in an organization.

Boards must consider the impact of a poor corporate reputation when deciding how they will approach sexual harassment oversight. In today’s extremely competitive job market, many workers have good options – especially those in the early stages of their careers. Having a good public reputation and a demonstrated willingness to speak to and address sensitive issues such as sexual harassment can be a corporate selling point.

In the last year alone, we have seen a public outcry for accountability among corporate leadership.

Take the example of Google. Google recently disclosed a number of sexual harassment claims within the company, some involving senior managers. Prior to these revelations, in 2015, Google resolved specific claims by dismissing the perpetrators and paying large severance packages to individuals against whom allegations were made. The recent backlash to this policy was significant, with repercussions including negative media coverage and employee walkouts across the globe.

Despite being transparent about their handling of these matters, Google has seen an enormous negative impact on the company, both internally and externally.

There are many different steps a board can take to ensure they are acting responsibly as to their obligations around sexual harassment. Most importantly, any actions undertaken should be with the overarching goal of doing what is right and protecting individuals.

There is an immediate imperative for boards to make sure their organizations have legally compliant, watertight controls and procedures in place to prevent and address allegations of sexual harassment. Society is changing and, with it, the expectations of organizational leadership. Legislation and regulations are following those changing expectations, and boards will have to keep up. 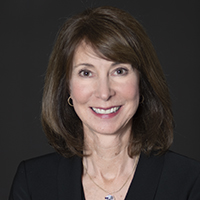 Stephanie Douglas focuses on sensitive internal and white-collar crime investigations, corporate security programs, intellectual property (IP) protection and investigations, and proactively educating executives about insider threats. She has extensive experience in the management of criminal and national security investigations, domestic and global security operations and policy development and strategy. Ms. Douglas has had a distinguished career in both the private and public sectors. After 23 years, she retired as a Senior Executive from the Federal Bureau of Investigations where she served in a variety of influential roles. She also served as the senior director of corporate security for Pacific Gas & Electric prior to joining Guidepost Solutions.