COVID-19 Pandemic Oversight is Heating Up

Oversight of congressional funding and the economic impact of the COVID-19 pandemic picked up steam this week. Anyone who received funding from the CARES Act or other disaster relief legislation needs to be sure the money can be properly accounted for.

The Senate recently confirmed Brian Miller as Special Inspector General for Pandemic Recovery (SIGPR).  As SIGPR, he will oversee the taxpayer-funded pandemic recovery fund and lead audits and investigations to prevent and detect fraud and abuse. Miller will also be responsible for oversight of how the Department of Treasury uses the $500 billion in funding that Congress made available to combat the economic impact of the pandemic.

Congressional oversight also seems to have begun in earnest with committees issuing letters and holding a number of hearings on the CARES Act relief funding. The Senate Committee on Small Business and Entrepreneurship, for instance, convened a hearing on the “Perspectives from Main Street: COVID-19’s Impact on Small Business.”

Senator Mark Rubio, the Chairman of the Committee, emphasized during the hearing that the Committee will “conduct vigorous oversight” of the CARES Act funding provided to small businesses to ensure that the recovery funding programs operate as Congress intended. He specifically noted that fraud and misuse of funding would be examined by the Committee.

To ensure maximum exposure of its efforts, the Pandemic Response Accountability Committee (PRAC), an independent oversight committee of Inspectors General, also held a rare (for Inspectors General) hearing in which lenders and business representative voiced concerns about the confusing instructions and requirements related to the loan forgiveness process of the CARES Act. The PRAC was created as part of the CARES Act and is charged with detecting and preventing fraud and abuse related to CARES Act funding.

According to a recent report in the American Banker, multiple PRAC investigations are already underway, examining “airlines receiving federal support, the validity of tax credits claimed by businesses, the accuracy of economic stimulus payments and the Health and Human Services Department’s adherence to safety protocols during the outbreak.”

Prosecutors and regulators also have been active in pursuing individuals and companies that are engaging in COVID-19 related fraud. On Tuesday, an FBI official testified before the Senate Judiciary Committee that its Paycheck Protection Program Working Group had initiated nearly 100 investigations and identified over $42 million in potential fraud.  The schemes included bank insiders, previously convicted felons, the use of dormant or cash businesses, and identity theft.

Last week, the Department of Justice (DOJ) filed two criminal actions.  In Oklahoma, the DOJ charged an individual with filing fraudulent bank applications seeking forgivable loans under the CARES Act’s Paycheck Protection Program (PPP). According to the complaint, the defendant created the company within days of applying for PPP loans.

In the other action, a Detroit resident similarly participated in a scheme to obtain over $500,000 from the PPP for a business without operations. Earlier, the DOJ sought and received a temporary restraining order against an individual offering fraudulent COVID-19 remedies.  Since April, the DOJ has brought more than a dozen fraud cases related to the pandemic, many of which have involved the filing of fraudulent loan applications related to the PPP.

The Federal Trade Commission (FTC) issued letters “warning 35 more marketers nationwide to stop making unsubstantiated claims that their products and therapies can treat or prevent COVID-19.” The FTC over the last two months has sent similar letters to over 160 companies and individuals and has received over 60,000 pandemic-related complaints.  In April, the FTC brought an enforcement action to prevent a company posing as an SBA Lender, which allegedly falsely claimed to be an approved lender under the PPP.

The Securities and Exchange Commission (SEC) has been aggressive as well.  Over the last several months, the SEC has suspended trading in the shares of dozens of companies that appear to be involved in coronavirus-related frauds. In addition, the SEC within the last month brought enforcement actions against two companies making misleading COVID-19-related claims seeking to exploit the crisis for profit.  In one of these cases, the SEC alleged that the company made fraudulent claims about its ability to provide test kits to the general public. In the other matter, the SEC alleged the company issued false press releases about its public-private partnership to sell thermal scanners that could detect individuals with fevers.

These oversight and enforcement efforts are likely to be just the beginning, and they will come from multiple directions. If the financial crisis is any predictor, we are looking at years before this work will be completed.

Keith Ausbrook is a key member of Guidepost Solution’s high-profile monitoring and compliance practice. He has led teams reviewing compliance programs in financial institutions around the world. Mr. Ausbrook was also a member of the monitor team reviewing the safety programs at General Motors under a deferred prosecution agreement with the U.S. Department of Justice. Mr. Ausbrook is a distinguished lawyer with an accomplished record of managing complex crises. He has held numerous senior executive and legislative branch positions where he oversaw homeland and national security policy development and implementation, including serving as the chief lawyer on the House Committee investigating Hurricane Katrina and as Executive Secretary of the Homeland Security Council at the White House. 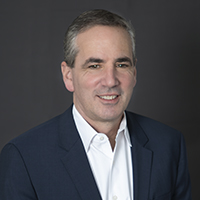