Combating Money Laundering and Terrorist Financing in the Art Community

Although perhaps not as brazen as the recent theft of a Van Gogh from a museum in the Netherlands, fine art can be an attractive target for accused money launderers like Nazem Said Ahmad. Mr. Ahmad was recently named a “designated person” by the U.S. Department of Treasury’s Office of Foreign Assets Control (OFAC). OFAC pointed to the use of a Beirut art gallery by Ahmad to launder money in support of Hizballah (a/k/a Hezbollah) just as it issued additional guidance on its compliance obligations for the art community. That guidance, published in the form of new FAQs, highlights OFAC’s focus on participants in the art market.

According to OFAC, U.S. persons (which includes galleries, museums, private art collectors, auction companies, and others that facilitate transactions involving artwork) are not allowed to engage in transactions with “designated persons” like Nazem Said Ahmad. OFAC further states that persons and companies should develop a compliance program to ensure they are not doing business with sanctioned persons. The existence and effectiveness of such program will be considered by OFAC in determining a civil monetary penalty should a person or company be hit with sanctions for noncompliance.

As legal commentators have noted, however, most people and businesses within the art community are not subject to the type of affirmative anti-money laundering compliance program requirements that apply to institutions like banks. Take for example the requirement under the U.S. Bank Secrecy Act (BSA) to report suspicious transactions that might signal criminal activity like money laundering.  In order to meet state and federal affirmative compliance requirements, financial institutions deploy sophisticated (and often quite expensive) technological solutions designed to monitor thousands of clients and thousands of transactions.

Legislative activity may foreshadow things to come for the art community. In 2018, the Illicit Art and Antiquities Trafficking Prevention Act would likely have resulted in the application of the BSA to the art market, however, that bill did not leave the House Committee on Financial Services for further action.  Currently, the Coordinating Oversight, Upgrading and Innovating Technology, and Examiner Reform Act, which would also impact the art market with respect to anti-money laundering requirements, sits in the U.S. Senate’s Committee on Banking, Housing, and Urban Affairs.

So what should art market participants do in order to avoid criminal liability for accidentally acting as a conduit for money laundering or engaging in transactions involving parties that are sanctioned by OFAC or other bodies like the United Nations? While there is typically an element of intent involved in anti-money laundering criminal statutes enacted around the world, as well as the affirmative anti-money laundering compliance requirements for regulated entities, OFAC imposes strict liability for sanctions violations. In other words, it does not matter if the art business is negligent or intended to violate sanctions.

Proactive Steps for the Art Community

OFAC, especially under the current administration of President Trump, is continually updating its sanctions lists to add new persons, businesses, and industries. Vendors providing technological solutions for sanctions compliance will often (on a daily or other cyclical basis) search for and incorporate the newest lists from OFAC and other governmental bodies around the world.  Importantly, a tool can also rescreen a previously screened counterparty to an art transaction, thereby reducing the risk that the art business fails to notice when a client is sanctioned after being screened as part of an initial due diligence effort.

Be wary, however, of treating the use of a screening tool as simply a “check the box” step.  A vendor may not know—and then will fail to search—all the ultimate beneficial owners (i.e., the people) of a company involved in an art-related transaction. A participant in the art market can still violate U.S. sanctions, even if the counterparty has not been designated by OFAC, if the participant is owned 50 percent or more by a person or company who is in fact sanctioned (i.e., blocked).

2. Carefully document—and then follow—a framework for performing due diligence on counterparties

This framework should ideally specify the type of documents and information collected as part of a transaction, the nature of transactional history that is evaluated (often a unique challenge in the art market for persons who are not regularly purchasing fine art), and a tiered framework for performing “extra” steps for riskier counterparties. Additionally, it is important to thoroughly consider and then document how often an art business should “recheck” its counterparties.

For instance, is the art business involved in the market for antiquities?  Does the business have clients or counterparties in countries with a high volume of persons sanctioned by OFAC?  Ideally, members of the art community should establish and document a formal process for performing a risk assessment on a fixed cycle and then using the results to make enhancements to their respective compliance program.

4. Keep abreast of changes in laws and regulations in countries that could exercise jurisdiction

Although the art market participant might not be subject to affirmative regulatory compliance requirements under the BSA, it is important to keep in mind that other countries have or are thinking about imposing affirmative compliance requirements on art market participants. For example, the European Union’s Fifth Money Laundering Directive (5th MLD) now refers to “persons trading or acting as intermediaries in the trade of works of art, including when this is carried out by art galleries and auction houses, where the value of the transaction or series of linked transactions amounts to EUR 10 000 or more. . . .”

Also starting January 10, 2020, as a result of the 5th MLD, certain participants in the art market in the United Kingdom are now subject to additional anti-money laundering obligations in recognition by the U.K. that the art market can unfortunately be used to launder criminal proceeds relating to tax evasion, corruption, human trafficking, and other serious crimes. Those obligations include but are not limited to conducting a risk assessment, training staff, and keeping “appropriate” transactional and customer records.

Moreover, as described in prior sections of this article, the U.S. is likely moving towards expansion of regulatory requirements to the art community.

5. Utilize increasingly available compliance resources and other guidance tailored towards the art community

The British Art Market Federation recently published its Guidance on Anti Money Laundering for UK Art Market Participants. Importantly, the Guidance was approved by the HM Treasury.  A non-profit initiative in Geneva called the Responsible Art Market (RAM) published its Guidelines on Combating Money Laundering and Terrorist Financing back in 2017.  Even the U.S. Department of Justice’s recently updated Evaluation of Corporate Compliance Programs offers helpful insight into how U.S. law enforcement thinks about compliance, even if not specifically focused on the art market. 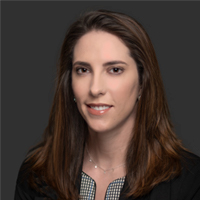