“Chipping” Away at the Right to Fundamental Research?

As a matter of fundamental U.S. policy, the federal government has made clear that promoting open and ongoing international collaborations in research is a key principle supporting U.S. research and a leading catalyst of continued American leadership in innovation and technological advancement.

A core part of U.S. universities’ missions is to engage in fundamental research, defined as research in science, engineering, or mathematics, the results of which ordinarily are published and shared broadly within the research community, and for which the researchers have not accepted restrictions for proprietary or national security reasons.[1]

Against this backdrop and as part of this “All of Government” approach to protecting U.S. technology, in October 2022, the U.S. Department of Commerce’s Bureau of Industry and Security (BIS) issued a new regulation that requires a BIS export license for any U.S. person to provide information that would “support” the development or production of any chip at a “facility” in China that also produces certain advanced chips, regardless of whether such information is “subject to the Export Administration Regulations (“EAR”) or “not subject to the EAR”. 87 FR 62186.[2]

In November 2022, the Deputy Assistant Secretary, Export Enforcement, BIS, gave a speech to university attorneys at a conference in Washington DC, emphasizing that the new regulation applies to universities, even when the information is “not subject to the EAR.”

As written and discussed by BIS leadership, not only does this new regulation significantly expand the usual regulatory jurisdiction of BIS, but also potentially imposes new and significant restrictions on the ability of U.S. universities to conduct free and open fundamental research, which in turn would undercut a key principle behind America’s leadership in technological innovation.

As drafted, it is unclear whether the regulation could bar a faculty member who had engaged in fundamental research regarding chip technology from sending his published research results to the People’s Republic of China as described in the regulations. When asked about this at a recent conference, BIS Deputy Assistant Secretary stated that “BIS had not yet decided whether the new regulation would apply to the results of fundamental research.”

Given the importance of fundamental research for universities, it is critical for BIS to clarify its position in this regulation (and, as appropriate, for further regulation), in order to ensure universities can further develop research consistent with U.S. priorities and compliant with U.S. law.

Background and the big picture:

The BIS[3] administers and enforces the Export Administration Regulations.[4] The EAR primarily covers the export of “dual-use” commodities, software, and technologies. Dual use items are those that have predominantly commercial uses, but may also have the potential for military application.

There are a number of exclusions from the jurisdiction of the EAR that are critical to universities set forth in 15 CFR 734.3, including Information and “software” that:

According to the explicit provisions of the EAR, “‘Technology’ or ‘software’ that arises during, or results from, fundamental research and is intended to be published is not subject to the EAR” and, thus, are outside the regulatory jurisdiction of the EAR.[8]

Likewise, teaching technology as part of university catalog courses, including courses offered globally over the internet, and widely sharing the results of university research published through professional peer-reviewed journals and open scientific conferences around the world, are all principles that are core to the academic mission of American universities.

Given the potential implications, Guidepost has written BIS for formal clarification, because as drafted and explained by BIS leadership, the BIS regulation may infringe on fundamental research in an unprecedented way. With BIS increasing regulatory actions relating to China, it is critical that BIS clarify the scope of these new regulations to ensure that fundamental research can appropriately continue in a way that safeguards innovation and protects national security.

It is also worth noting that while the new regulations are now effective, BIS has opened these regulations for public comment[9] through December 12, 2022.[10] We would encourage universities to comment on the new regulation to clarify the applicability of long-standing fundamental research, published information and course catalog exclusions to the EAR and BIS jurisdiction. 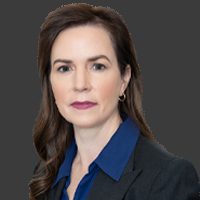 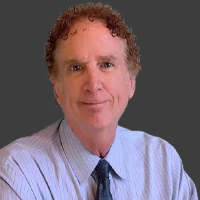