The Securities and Exchange Commission recently filed a lawsuit against a former Apple executive alleging he engaged in insider trading. According to the SEC’s complaint, as the previous global head of corporate law and corporate secretary, he was responsible for ensuring that employees complied with the company’s policy on insider trading. He also received material non-public information about Apple’s finances as a member of the company’s disclosure committee. The SEC alleges he, on at least three occasions, traded Apple stock relying on confidential insider information. In one example, after he learned that Apple would miss its quarterly estimates for iPhone sales, but before those results were publicly released, he sold about $10 million worth of Apple stock from his personal brokerage account. He was placed on leave in July and fired by Apple in September of 2018. The SEC filed a complaint against him on February 13, 2019.

To Apple’s credit, the corporation immediately assembled a team of outside experts, launched a thorough internal investigation, fired the rogue employee, and cooperated with the government. Apple stated, “[a]fter being contacted by authorities last summer we conducted a thorough investigation with the help of outside legal experts, which resulted in termination.”

Apple’s situation serves as a lesson to every corporation to always be ready to swiftly address allegations of internal misconduct with both tenacity and grace. Improperly handling an investigation can cause greater exposure to the corporation.

To strike this unique balance, it is important for corporate counsel, compliance officers, and HR professionals to remember the following five essential hallmarks of a well-executed internal investigation:

Equally important to thoroughness is timeliness. It is always best to conduct fact gathering while the events and issues are fresh. Memories fade and evidence gets stale (or lost) as time elapses. Starting an investigation immediately may allow the corporation to stop any further misconduct from occurring. Timeliness may also be critical if statutory or regulatory reporting deadlines are looming or a Whistleblower seeks to be first in line. Slow investigative response time may inflict a personal toll as well. Delay may discourage employees from reporting issues, vex a complainant, or cause someone who is falsely accused unwarranted extended anguish.
Several factors may influence the timing of an investigation, including, the scope of the investigation, staffing resources, document review, or witness availability. Nevertheless, time is of the essence. Generally, regulators and courts have considered immediacy as a factor in determining whether a corporation took a reasonable and thorough approach to misconduct allegations.

In-house counsel and internal employees have the advantage of intimate familiarity with the corporation. However, depending on the nature of an investigation, the inside perspective may cloud the appearance of impartiality due to the employment relationship. Outside counsel or investigations specialists may be necessary to eliminate any perception of bias by the investigative team. Further, the investigation must embody integrity and follow the facts, wherever they lead, regardless of the consequences to the corporation, officers, or employees at issue. Moreover, an objective investigation must be independent. Any arbitrary limitations on the investigative team’s scope or method will be viewed by regulators and courts with skepticism.

The investigative team must endeavor to get it right. Accuracy is critical. Often reputations and careers are on the line. An internal investigation can be subject to a high-level scrutiny, after the fact, by regulators, prosecutors, courts, shareholders, auditors, and even the board of trustees. Therefore, documents and electronic evidence must be carefully collected, diligently reviewed, fully preserved, and witness interviews must be expertly navigated to elicit the most information possible. The factual findings in an internal investigation must be well-supported. 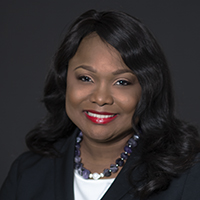 Asha Muldro is deputy general counsel and a senior managing director in the Los Angeles office of Guidepost Solutions. She directs an array of investigative, compliance, and monitoring matters for corporations and individuals and conducts proactive investigations to acquire evidence of corporate and individual wrongdoing, including the use of covert techniques. Previously, Ms. Muldro was a partner at an elite litigation boutique where she led white collar investigations, defense matters, and complex civil litigation cases and Assistant U.S. Attorney in the Central District of California.