As a security consultant, I have schools, corporations, and faith-based organizations consistently contacting me to conduct active shooter drills and exercises. Many organizations are facing questions from concerned employees, students, and parents (who themselves are bombarded with media coverage) on what the organization is doing to protect them from an active shooter situation. This has generated a kneejerk reaction to conduct active shooter exercises and drills without having a comprehensive plan developed and implemented. For some organizations, conducting an active shooter exercise has become a “check the box” activity meant to make people feel safer.
When drills are conducted in isolation without the proper preparation and consideration of the site’s operations, population, and culture, the results can be counterproductive. I have worked with several organizations, including educational institutions, that have previously engaged in large scale active shooter exercises. While some stakeholders found these exercises useful, others were left uncertain and asking what’s next. The results, time and again, show that when drills are poorly executed, people shutdown, become confused, and lose confidence in the organization’s ability to protect staff.
A Look at Statistics
A risk-based, all-hazards approach to emergency planning is more beneficial to enhancing an institution’s security posture rather than implementing a singular training program focused on one risk issue. So, we must look past the headlines and evaluate the data from reputable sources. Let’s talk about the most common threat for which schools prepare — fire. According to the National Fire Protection Association’s Structure Fires in Educational Properties, from 2011 to 2015, U.S. fire departments responded to an average of 4,980 structure fires each year in educational properties (including K-12, daycares, and higher education). These fires resulted in one civilian death and 70 civilian injuries occurring on average each year as a result. Fires in educational properties accounted for 1% of all reported structure fires in this time period.
When we look at active shooter events affecting schools, the issue is that while the U.S. had fewer active shooter events than fires in education structures, they were more deadly and accounted for a much higher percentage of active shooter events overall. According to FBI Active Shooter data for the same time period, between 2011 and 2015, 16 active shooter events occurred at educational facilities (K-12 and higher education included) resulting in 70 deaths (10 deaths were the attacker) and 45 injuries. Active shooter attacks in schools accounted for 18% (16 out of 88) of active shooter events.
Based on data from the NFPA, the U.S. has not experienced a school fire with 10 or more deaths since the December 1, 1958 Our Lady of Angels School fire in Chicago, IL. In comparison, based on FBI data, the U.S. has experienced six active shooter events in educational facilities (four in K-12 and two in colleges) in which 10 or more death occurs since 2011. In the aftermath of the Our Lady of Angels School fire, in which three nuns and 92 children died, a “public awakening to the hazards in the nation’s schools” occurred resulting in cohesive improvements to fire codes and public safety requirements.
The result was a comprehensive solution that encompassed evaluations of building materials, emergency signage, and guidance; implementation of drills, sprinkler systems, and closer emergency exits; and enhanced emergency response planning with greater guidance to school administrators and clear standards.
Drills as Part of a Cohesive Solution
Unfortunately, school shootings are intrinsically tied to hot-button political topics, such as guns, mental health treatment, and law enforcement response. A focus on these exceedingly complex topics can interfere with our ability to make rational decisions about things we can control regarding drills and simulations, security technology, and physical countermeasures. When we focus on active shooter drills and simulations in place of cohesive solutions on operational, technical, and physical security elements, we overemphasize their effectiveness and feel pressure to make them as realistic as possible.
Today, fire drills are a common part of school life, and while they are important, we know that the reason we have fewer major school fires and very limited resulting fatalities is not due to drills alone. Fire prevention is a concerted effort built upon enforceable codes, improved building materials and construction, increased involvement of fire departments, enhanced emergency signage and guidance, and the presence of fire suppression tools combined with a culture of fire prevention in schools.
Rather than turn only to resource-intensive, jarring active shooter simulations and dramatic drills, I recommend more cohesive solutions. Such solutions provide the steps needed for an effective, inclusive approach to securing our schools:
Emergency drills have a place in securing our schools, but when we focus on drills and large scale, dramatic simulations in place of a more cohesive plan, we not only miss major elements of security we focus on the perception of security without the tools to offer real protection. 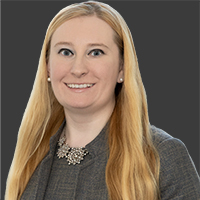