Empower Your Decision Making Through Careful and Thorough Due Diligence

Vetting potential business partners or investment opportunities for “red flags,” is critical to fully understanding potential risks before signing a contract. However, not all due diligence investigations are routine, as I was recently reminded with two cases that posed the following questions: 1) Is it enough to do only US-based due diligence on a foreign entity; and 2) What is the best way to conduct due diligence on a newly formed entity?

For investments in a foreign company that has imminent plans, or has recently begun, to expand its operations domestically, the smart decision is to conduct the appropriate due diligence investigation on the entity, and often too, its principals. Should research be conducted in the United States, abroad or both?

Every business opportunity is unique and a potential source of risk.

Let’s look at an example using a fictitious company that you are considering for a potential business opportunity.

XYZ Widget Company Inc. opened retail outlets six months ago in New York and California to sell its products. XYZ Widget is a wholly owned subsidiary of London-based ABC Widget Company Ltd. Given its limited history in the United States, any due diligence investigation would likely conclude that there is no civil or criminal litigation, negative press reporting, or federal sanctions or investigations involving XYZ Widget. Does this mean there are no red flags connected to the company? Is the risk low?

Consider expanding the due diligence investigation to the United Kingdom and its parent company, ABC Widget Company. Would your decision change if you learned the parent company was being investigated by the Serious Fraud Office; or if the principals of the parent company had a history of managing companies and racking up insurmountable debt leading to bankruptcies and this was their latest endeavor?

What if ABC Widget Company was based in a nation whose primary language is not English? Unless requested, US-focused due diligence investigations generally do not include open-source research in languages other than English. If local media had extensive reporting on suspected political favoritism or allegations of child labor in the factories of ABC Widget Company, would that impact your investment decision?

Company principals must be considered alongside the company itself, especially if the company has only recently been formed. This is especially important in the start-up industry. As new entities are created, the same principals often lead various firms.

Recently, I was reviewing a CEO’s work history which revealed a trend of short stays at various firms, from six to 18 months, before hopping to the next project. While not necessarily a red flag given the industry, a more thorough review showed a concerning pattern of allegations of workplace conflict and harassment. A litigation review uncovered multiple civil complaints that were ultimately settled. Discreet human source interviews also revealed that while technically savvy, the CEO was very difficult to work with and often forced to leave after complaints were made against him. This information likely would not have been discovered, and the client would not have received a comprehensive picture to fully assess the level of risk of a potential partnership, if a due diligence investigation had been conducted only on the newly formed entity.

As demonstrated in the examples, conducting a deep due diligence investigation upfront can save a company and its stakeholders from future financial and reputational repercussions in the long run. 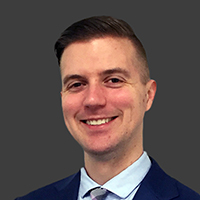 Cody Shultz is a former CIA officer with expert investigative and security consulting experience. Cody oversees and conducts corporate internal investigations, cryptocurrency investigations, civil and criminal litigation support and executive protection. He also specializes in business intelligence and investor due diligence for ultra-high net worth (UHNW) clients, family offices, and owners and players of professional sports teams throughout the United States and around the world. He holds a Professional Certified Investigator certification through ASIS International and is a Certified Cryptocurrency Investigator.