Worksite Enforcement on the Rise

A recent review of the ICE website highlights only two other small worksite enforcement settlements in 2017. The other six news releases related to worksite enforcement focus on the signing of IMAGE partners, ICE’s employer compliance outreach partnership program. That’s not much when compared to the large enforcement operations, multiple multi-million dollar settlements, and arrests of thousands of unauthorized workers that occurred under the George W. Bush Administration. By comparison, these few highlights do not amount to much when compared to the “audit only” shift by the Obama Administration when unauthorized workers were largely ignored, but nationwide I-9 audit “blitzes”, numbering in the hundreds, were frequent.

Although the recent investigation was clearly initiated, and primarily conducted under the prior Administration, the settlement did occur during the current Administration. While there was probably opportunity to push through a quick and lower settlement due to the pro-business stance of the current Administration, that does not appear to be the case here. The fine and forfeiture amounts appear to be at the top of the spectrum using aggressive calculations to justify the amounts before a Federal judge.

According to news reports, the prosecuting attorney stated that the amount for the settlement was reached using the results of the investigation revealing that 10% of the defendant company’s 30,000-person workforce was unauthorized during a given period. In the four-year span where ICE noted the illegal hiring scheme, the company made profits of $800,000,000. Thus, the forfeiture amount was settled at $80,000,000. The use of a company’s profits during a time period along with a comparison to the probable unauthorized workforce is a rare application for a forfeiture amount for worksite enforcement. Use of this aggressive method in future enforcement actions could create significant monetary exposure for companies.

Turning to the additional civil fine amount, it appears that the more traditional fine calculation was used. As of February 3, 2017, the civil penalties for a first offense of knowingly hiring unauthorized alien ranges from $548 to $4,384. Assuming this is a first offense calculation (the fines are structured with escalating fine ranges for a second and third offense), a review of the publicly available case evidence would push the aggravating factors to the top of the penalty range and cause a base civil penalty of $4,384. With approximately 3,000 unauthorized workers, that would put a rough estimated civil penalty at $13,152,000. While not exact, and not having all the facts of the case, this again shows the settlement amount to be at the highest levels allowable under the law.

While there has been minimal messaging coming from the Executive Branch since the administration change, a recent media release from the Acting ICE Director, Tom Homan, noted the potential for a quadrupling of worksite enforcement investigations.

In order to minimize deficiencies in this area, companies can protect themselves by focusing on I-9 compliance activities. Several common failures in most of the large worksite enforcement settlements over the past 20 years relate to multiple systematic failures in the I-9 compliance area. First, companies do not have a control framework that requires an annual external audit or internal audit by someone who is not also involved in the I-9 work. Independent audits allow for the early identification of deficiencies in the I-9 processes and serve as a second check to reduce the risk of an internal conspiracy to subvert the procedures already in place.

A third area is continued and updated I-9 training for all personnel who have anything to do with the I-9 process. Form I-9 and corresponding regulations have changed several times over the past 20 years. Training material must be updated and the personnel responsible for any part of the I-9 process should have mandatory refresher training.

Finally, despite the existence of the M-274 Employer Handbook, all businesses should have their own I-9 compliance program with policies and procedures. This is considered a best practice and does not need to be a re-write of the M-274 Handbook. Internal procedures can identify the responsible parties, reinforce important details, specify the use of IT tools that support the process and advise personnel where to escalate issues if encountered.

In addition to the above areas, one of the easiest and best ways for a company to enhance their I-9 compliance program is to ensure that the correct tone is coming from the top of the company. Ultimately, I-9 compliance should be given the same tone from the top and viewed with the same level of seriousness as any other personnel related regulatory requirements. 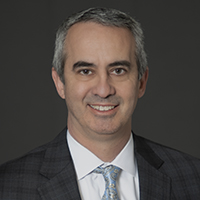 As the president for compliance, Bill Riley leads the Financial Institutions and Immigration and Border Services practices. He is also a member of the Monitoring and National Security practices in the Washington, D.C. office of Guidepost Solutions. He oversees engagements relating to bank monitorships/remediation, advisorships, immigration compliance, and export and trade controls. Over the past ten years, Mr. Riley has worked on numerous international engagements for clients in more than 20 countries.