According to the Department of Justice, Sultan Issa, the former Chief Financial Officer of a group of partnerships, corporations and trusts owned by a Chicago-area family, recently pled guilty to embezzling over $65 million. “Simply, I lied to a lot of people and I stole their money,” Issa told U.S. District Judge Andrea Wood. “And financial institutions as well.” Issa used his position of trust to steal money to fund his lavish lifestyle for nearly a decade. How did his … Read More

The Importance of Conducting Your Own Due Diligence

A recent article from the Wall Street Journal discusses the resignation of the Care.com CEO after an earlier investigation reported on the inadequate vetting of the company’s caregivers. “Ms. Marcelo’s resignation as CEO comes after the Journal’s investigation in March found instances in which caregivers hired through the Care.com platform had police records and were accused of committing crimes while caring for clients, including child abuse, sexual assault and murder.”

This is truly alarming, and of great concern to those … Read More

Could a Better Background Check Have Prevented a Massive Accounting Fraud? 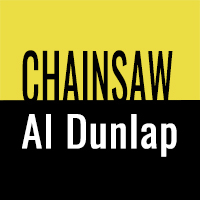 “Chainsaw Al” is not the sort of nickname that most people would want but Albert J. Dunlap seemed to revel in it. The nickname was featured prominently in obituaries after his death early this year. The New York Times’s obit said that Dunlap earned it because of his “ardor for turning around troubled companies by laying off workers and closing factories.” He had other nicknames, including “the Shredder” and “Rambo in Pinstripes.”

Lateral Hiring: What You Don’t Know Can Hurt You

In a highly competitive lateral market, about half of law firm hires don’t make it past the first five years and retention rates continue to disappoint. Retaining key hires can be a complex issue and chief among the considerations is being sure the due diligence is done before making an offer. A quick scan of any legal publication illustrates how, time and time again, the reputation of a firm is damaged by a lack of proper due diligence.